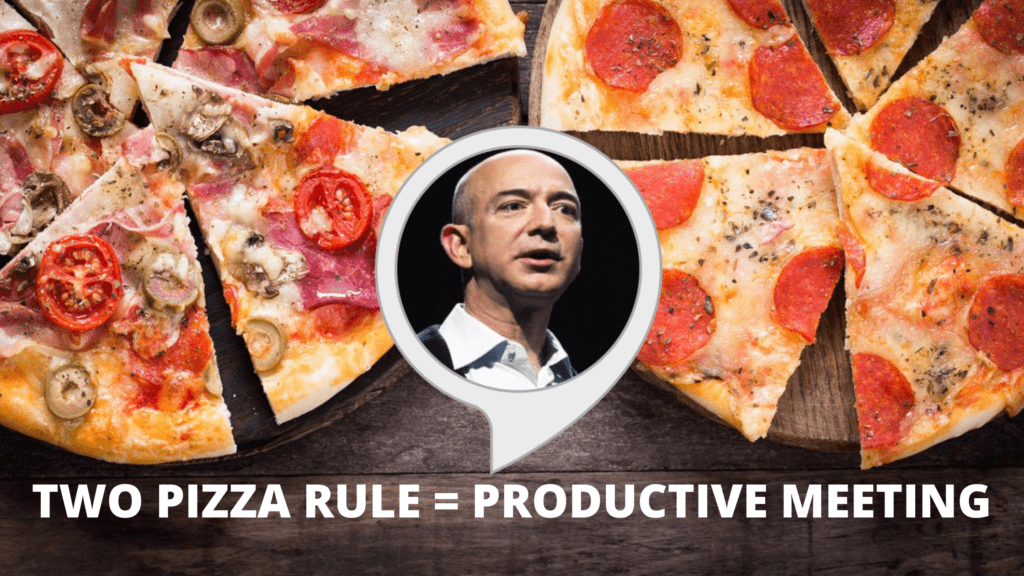 Working in a start-up, an entrepreneur wishes he had more brains to work on the business. It is often believed that large team leads to efficient & effective work. But as per Jeff Bezos, putting more people in a team is one of the most common productivity traps an entrepreneur can fall into.

As per a research, as group size expands, more issues spring up & individual’s performance goes down as they grow less engaged and it will arise potential for more mismanagement, miscommunication and misinterpretation.

This theory can also be well connected to Ringelmann Effect. Max Ringelmann was a French agricultural engineer who was interested in examining various aspects related to agricultural efficiency. Ringelmann’s research represents some of the earliest systematic social psychological research. As per Ringelmann effect, individuals expend less individual effort on a task when working as part of a group than when working alone. As per his research, the loss of efficiency could be due to various reasons:

Small teams can be more innovative, experimental & visionary as compared to larger teams. The psychology behind this concept can also be driven from an example that when an individual works in small team, he/she is more accountable for its task, however in a group; he/she is more dependable on its team. When group gets bigger, an individual feels less pressurised & less responsible because the performance gets difficult to be analysed individually. When a person is individually not answerable, he/she may start to feel disconnected.

HOW TO WORK EFFECTIVELY IN SMALL TEAM? 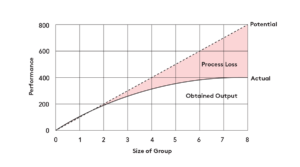 The two pizza rule applies on the C-Suite as well. As per recent research of Harvard Business School, number of individuals in C-Suites has increased. Check out the detailed research -https://hbr.org/2016/07/the-ballooning-executive-team. The rise of profiles such as Chief Technology officer, Chief Growth Officer, Chief Information Officer, Chief Supply chain officer, etc have scrambled the organisations. This makes decision making complex. With so many stakeholders in an organisation, reaching to a decision would be lot more lengthy process. Although diversity of opinion is a considered as valuable but it is more important to make sure that important discussions remain effective and efficient.

As the team size grows, the individuals’ responsibilities, tasks, ownership, impact, motivation becomes blurred. Managing people and productivity has always been a challenge for the employer and will continue to be so. It is essential for entrepreneurs to plan and implement successful meetings. The primary goal of two pizza rule focuses on efficiency and scalability. To conclude, a smaller team spends lesser time on managing other people in team and updating them, and more time on the actual work that needs to be done.